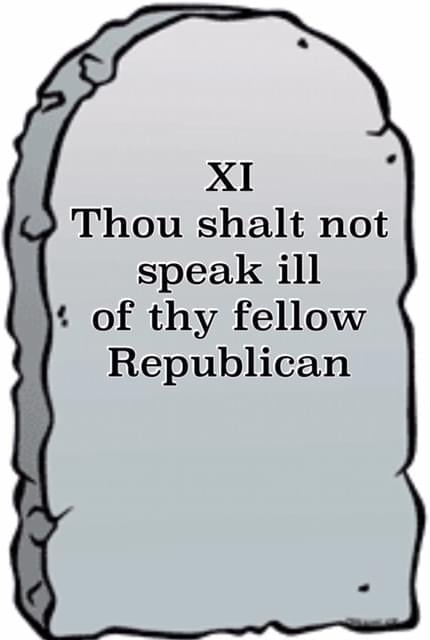 Reagan and the 11th Commandment

The Ronald Reagan 11th commandment wasn’t necessarily set in stone like the rest of them—but perhaps it should have been. His famed 11th commandment dictated that Republicans, who were struggling to repair party rifts, needed to keep their dialogue and discourse with and about one another above board. It’s an idea that many in the Republican Party have been yearning to get back to.

Reagan reportedly pledged to follow the 11th commandment during his run for governor of California in the mid-1960s and stayed true to its principle throughout his entire career in public office. Pundits have speculated that his support for diplomacy among Republicans stemmed from a number of areas, but all agree that it had an unparalleled impact on the country, especially the Republican Party.

When Reagan was rising to political prominence, he was doing so in a party that was greatly divided. The 1964 defeat of Barry Goldwater by Lyndon Johnson for the presidency had left the party at risk of fracture. Goldwater’s brand of Republicanism, involving more liberally social policies, a strong backing of the separation of church and state and fiscally conservative policies, didn’t sit well with some, and the election was followed by finger-pointing and disagreement over the future of the party.

Reagan’s 11th commandment was born in response to that conflict. Reagan knew that division and divisiveness wouldn’t help the party rebound from the presidential loss; rather, he saw the path forward as being reliant on unity. If the party was going to take back the White House, Reagan believed, it couldn’t get to that point if its leaders didn’t agree on what comprises the basic Republican ideals. Further, attacking or maligning other Republican figureheads would only keep the party further from its goals.

The Reagan 11th commandment was a mainstay during his time as governor and later as president, as he chose to keep debate with fellow Republicans civil and straightforward, instead of the accusatory attacks that have become common in 21st-century politics. In so doing, Reagan set a precedent for Republican ideals that the country is still striving for, one that promotes unity and sets an example for moral and civic leadership.